On this anniversary, we can say “Eben-Ezer, thus far the Lord has helped us”. We are thankful for the blessings He has poured out on the Alfa Omega TV channel, as a part of the Christian media ministry of Alfa Omega over the years. We thank God for our partners who supported us both in prayer and financially and made this miracle possible in Romania.

A few highlights:  Learn who we are

Since June 2006, the Alfa Omega TV channel is broadcast 24/7 by satellite over Romania and throughout Europe, free-to-air and available to any viewer.

Over the years, the Alfa Omega TV channel was introduced in all major cable networks in Romania, being included in the "must-carry" list of TV channel since 2010, the list that is established each year by our CNA (National Audiovisual Council).

Every year, on average, we produce and translate over 1000 hours of informative shows, prayer ministry programs, testimonies, films, documentaries, children's programs, some of them being also distributed online.

Because we receive over 4,000 prayer requests every year, we produce and broadcast live every week on TV and online the show Calea, Adevărul şi Viața (The Way, The Truth and The Life), when we pray and minister to the viewers.

In 2021, we also celebrate 20 years of production for “Mapamond Creștin” (Christian World News), the first Christian weekly news program in Romanian, produced in partnership with CBN.

Over the years, we have produced over 20 series of programs: informative, teaching, prayer ministry programs, youth and children programs, and many video resources.

We want to reflect what the Lord is doing in our country, that is why we have been and we are media partners for many Christian events and ministry projects in Romania, airing them on the Alfa Omega TV channel and online.

We are aware of the battle that is taking place for our children, so we broadcast daily two hours of programs specific to their age. The Superbook cartoon series is aired twice a day on our channel.

The Alfa Omega TV channel focused to present the Gospel and is a rich source of spiritual nourishment for those who want to know and fulfill the Scriptures. Many people were saved, set free, transformed and learned how to live by God's principles, through the programs broadcast on TV. 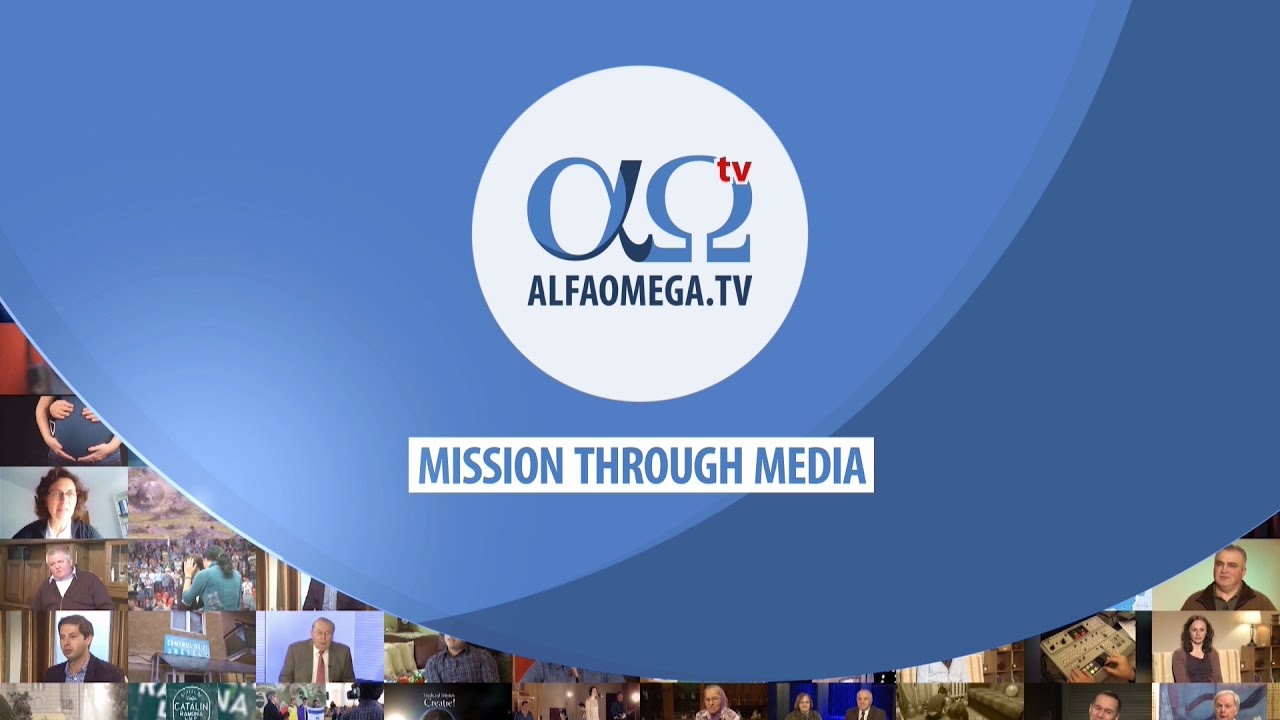 The Christian media ministry Alfa Omega TV was born in 1994. We began to translate foreign Christian programs, which we provide to local and regional commercial television stations to this day.

We’ve had an online presence since 1999, and our website is today one of the largest Christian portals în Romania. We post daily over 5 written articles or videos with Christian content.

Because God has blessed us with an abundance of video resources, in 2002, before YouTube was launched (2005), we made the first online video streams, a pioneering ministry in Christian digital media in Romania.

The Alfa Omega Publishing house was founded also in 2002. We printed and distributed until now over 200 titles (prayer, the prophetic dimension, healing, deliverance, equipping), some for  free.

In 2006, the Alfa Omega TV television channel was launched on satellite, the first Christian TV channel in Romania with a permanent broadcast 24/7, re-streamed online since 2007 until now. On June 11, 2021, we celebrated 15 years of satellite broadcasting.

Also in 2006, we opened the YouTube channel Alfa Omega TV, with 12,000+ videos uploaded until now. In 2010, we created the Facebook and Twitter pages, and we launched a weekly newsletter that continues today.

In 2011 we launched the first version of the AOTV mobile app, now at the fourth version. In the same year we started printing Alfa Omega TV Magazine. So far, we have shipped and distributed over 650,000 free magazines.

Since 2016, we have broadcast and distributed in Romania the Superbook series for children, 52 episodes.

Alfa Omega TV - a voice for the Romanian nation

Using all the media outlets at our disposal, we promote Christian values in contemporary society. Through the diverse programs produced or translated by us, we present a clean alternative to today’s media, from a Christian perspective. We do not promote a certain doctrine, religion, but Christian values into all areas of society. Our desire is to challenge Christians of all denominations to be salt and light in the place where God has placed them.

We thank the Lord for His care and we acknowledge that, without His help, we would not have been here today. Thank you to those who have been with us in prayer and financially. We are glad to see that our ministry has an impact on people's lives and the resources produced or translated by us transform lives.

Continue to be our partners in the mission through media work that Alfa Omega TV does for the Romanian nation since 1994!